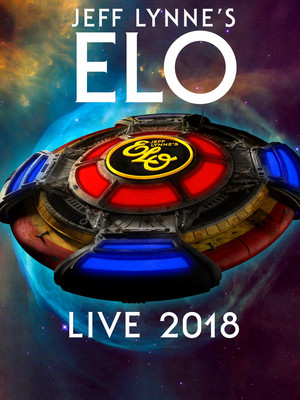 "In the words of the iconic ELO anthem Mr Blue Sky, please tell us why you had to hide away for so long?"

Sun is shinin' in the sky, There ain't a cloud in sight!

The 1970s behemoth of sunny, classically fused synth-pop is triumphantly back and taking on the world once more! Following the successful extensive summer tour, which also marked the bands first mammoth outing since 1981, Jeff Lynne's ELO are hitting the road for a 20-date arena Summer trek.

From the early strains of 'Mr. Blue Sky', it's impossible not to become totally immersed in Jeff Lynne's cheerful sphere of Beatlesque lyrics and joyful instrumentations that are capable of tackling dark themes with wit, honesty and total euphoria!

Formed in 1970 in Birmingham, England, The Electric Light Orchestra have been Jeff Lynne's life's work as he has remained at the heart, guiding the band through many line up adjustments, splits and changes. After a glorious return to form in 2014, Jeff and Co. have already been hard at work, touring the beloved classics (including 'Evil Woman' and 'Strange Magic') and coming up with innovative new material. Don't miss them live in concert and on tour in the US for the first time in over 35 years!

A great show!!!! One of the best concerts I have ever seen. Jeff Lynn... more

I saw the special from Wembly on showtime and watched it 3-4 more times.... more

Sound good to you? Share this page on social media and let your friends know about Jeff Lynne's Electric Light Orchestra at SAP Center.