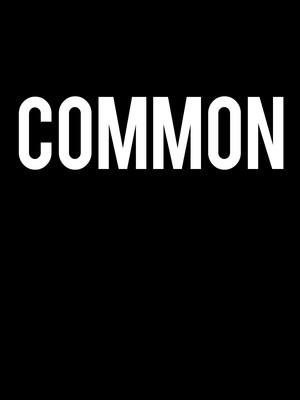 Politically-charged and sublime, Common is one of modern rap's greatest

Activist, actor, author and writer, Common is undoubtedly one of hip-hops true renaissance men. Emerging out of the Chicago music scene in the mid-90s, Common's introspective, socially conscious flow has been shaped over the years by his frequent collaborations with the likes of Questlove, Lauryn Hill and No I.D.

Alongside Kendrick Lamar, Common led the recent charge of more politically conscious rap with the release of Black America Again in 2016, which drew rapturous reviews from the critics. Catch Common playing cuts from his latest, as well as classic like 'Love of My Life', 'Resurrection', and 'I Used to love H.E.R.'.

Seen Common? Loved it? Hated it?

Sound good to you? Share this page on social media and let your friends know about Common at Mountain Winery.