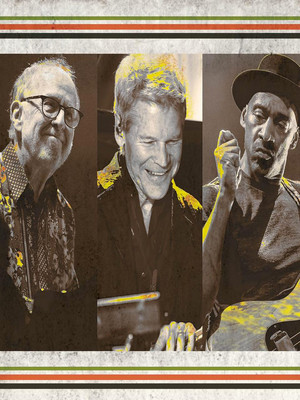 Jazz legend Bob James has a career that has defined the genre and continues to evolve at every turn. David Sanborn is universally known as one of the most iconic saxophonists of the current age.

Double Vision was an album that defined the jazz genre and spent an amazing 63 weeks on the Billboard charts upon its release. The album went on to receive the 1987 Grammy Award for Best Jazz Fusion Performance and a nomination for Best R&B Vocal Performance for the song "Since I Fell for You" on the album.

Originally composed by Bob James and David Sanborn, the quintessential jazz album will get a live revamp by jazz musicians Billy Kilson and Larry Braggs. Audiences familiar with the sound will be transported back to when it ruled the airwaves and those who haven't yet heard Double Vision will no doubt become new fans of the smooth music.

Sound good to you? Share this page on social media and let your friends know about Double Vision at Mountain Winery.