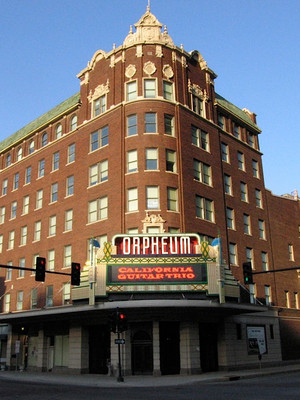 You can catch Indigo Girls at Orpheum Theatre in Wichita, showing Nov 16, 2022

Indigo Girls is also touring to:

The Indigo Girls have steadfastly forged their own path through the music world for over two decades, and they don't show signs of slowing down any time soon. The duo of Amy Ray and Emily Saliers have now released 16 albums of breezy and lyrically adroit folk-rock, first emerging in the late 1980s alongside fellow Georgians R.E.M. (who played on the girl's eponymous major label debut). Throughout their career, they've explored issues of faith, love and politics, the jangly production and close-knit harmonies of their music sometimes belying the intelligence and seriousness of their lyrics.

With 15 million record sales under the belt, don't miss the influential folk-rock duo when they play a series of live dates this year.

Wendy: “Just not themselves tonight”

Lucy opened for Indigo girls again and continues to be funny, talented... more

DHACK: “Indigo Girls we showed up for you”

Many loyal fans paid a high price for tickets and showed up for the Indigo... more

Sound good to you? Share this page on social media and let your friends know about Indigo Girls at Mountain Winery.