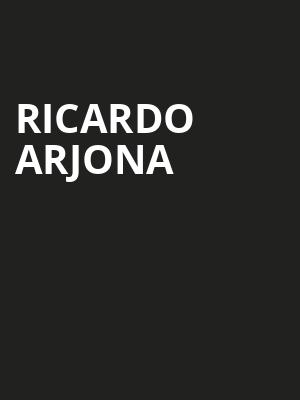 Mr. Arjona's voice is an ardent, full-bodied tenor that he uses largely for rockers and power ballads, full of big choruses and dramatic crescendos.

Hailed as one of the most successful Latin American artists of all time, Ricardo Arjona has won multiple Grammy Awards including "Best Latin Pop Album" in 2007 and "Best Male Pop Vocal Album" in 2006. Catch the hugely popular Guatemalan singer, dubbed El Animal Nocturno on his brand new tour in 2022, titled Blanco y Negro after his new record of the same name!

Arjona will be touring with tracks from his brand new album, 'Blanco', released in 2020. Blanco is Ricardo's 16th Studio album which is no mean feat. Ricardo's continuous success can be traced down to his romantic and powerful ballads which have captured the hearts of audiences across the world.

Sound good to you? Share this page on social media and let your friends know about Ricardo Arjona at SAP Center.