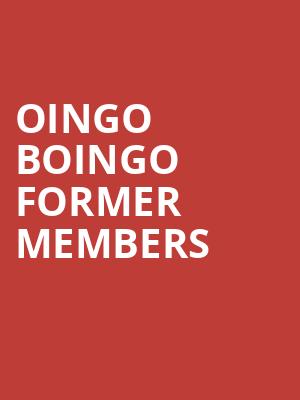 Full of incredible life and energy as always, the 11 virtuoso band members filled the club with the early, quirky, jumping fan faves for which they're known

Former Members of Oingo Boingo back on tour together

Active under various guises 1972 - 1995, Oingo Boingo was originally formed by now legendary songwriter and composer Danny Elfman. Experimenting with genres including ska, rock and various world music, styles, they became known for their energetic live shows and have been cited as having an important influence on bands such as Nirvana and The Aquabats.

Photo by Bogomil Mihaylov on Unsplash

Sound good to you? Share this page on social media and let your friends know about Oingo Boingo Former Members at Mountain Winery.