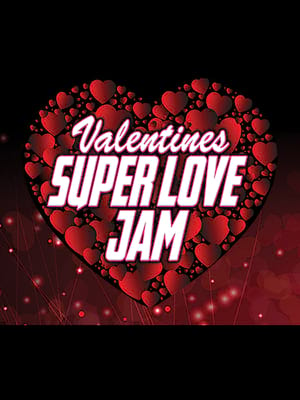 Nothing says romance like throwback soul and old school R&B!

Treat your love one to the gift of smooth, old school R&B this Valentine's Day! Industry icons The Legendary Whispers, Heatwave, The Delfonics, Peaches & Herb, The Dramatics featuring L.J. Reynolds, GQ, Eddie Holman, The Lovelites and The Moments converge at San Jose's SAP Center, filling the venue with the best of their hit catalogues for one special and incredibly romantic night only.

Formed in 1963 by original members Walter and Wallace Scott, Nicholas Caldwell, Gordy Harmon and Marcus Huston, The Whispers AKA The Legendary Whispers burst out of Los Angeles with a visionary soul sound. In the late 60s, they began climbing the charts with smash hit tracks like The Time Has Come, And The Beat Goes On and Seems Like I Gotta Do Wrong. Roughly two decades later, they struck chart gold once more with urban contemporary mega hit Rock Steady.

Sound good to you? Share this page on social media and let your friends know about Valentines Super Love Jam at SAP Center.